Posted at March 9, 2013 » By : MoldCareRep » Categories : News » Comments Off on HEAVY RAIN LEAD TO MASSIVE FLOODING IN SOUTH SHORE COMMUNITIES 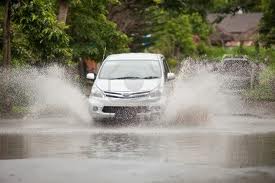 Our most recent rain and sleet storm has lead to major flooding in the Marshfield MA area. Between heavy rain and melting snow and sleet, many coastal communities in the South Shore area, like Marshfield, Scituate, and Duxbury have suffered from substantial flooding and water intrusions. After speaking to some local residents, I learned that this isn’t a very common occurrence for homeowners in these towns. Many folks were caught off guard with the amount of standing water they were left with after the storm. As mold cleanup contractors, we have seen first hand how much damage flooded basements can cause if left un-addressed. Mold begins growing after only 48 hours of standing water indoors. The key here is reacting promptly. If you, like many South Shore residents, were caught by surprise after the storm and are left with standing water in your basement, give the Mold Pros a call for a Free Inspection. We can help 508-888-0999.